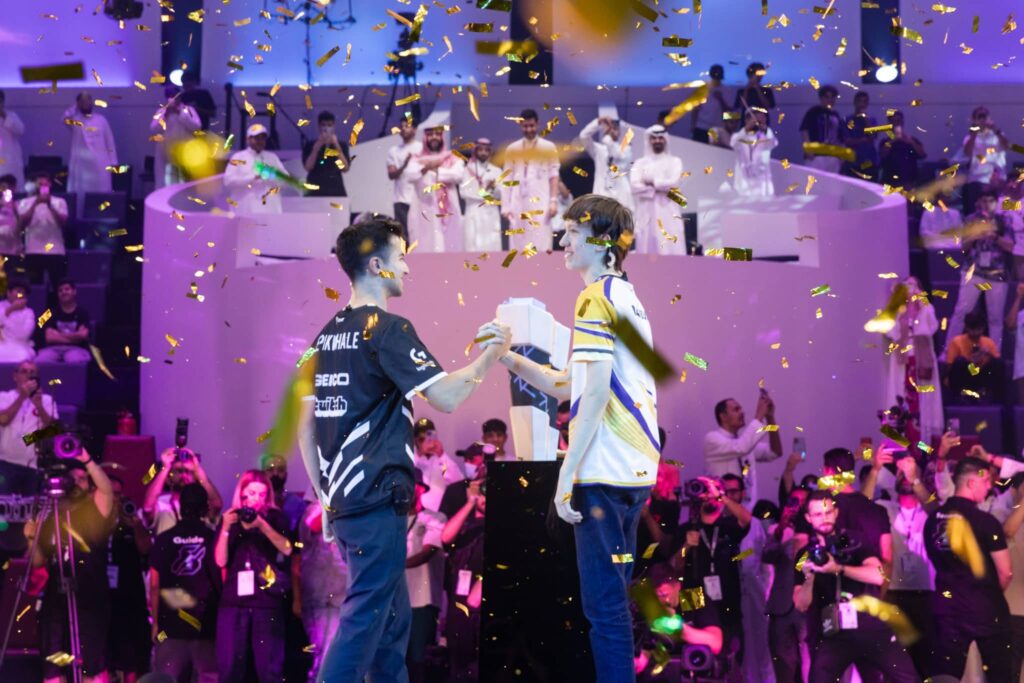 Gravity Media is currently in Riyadh, Saudi Arabia, for the Gamers8, the world’s biggest gaming and esports festival.

In Riyadh, Saudi Arabia, the Gravity Media team continues the fourth week on air delivering Gamers8, which is streamed globally to thousands of viewers.

Gravity has deployed the broadcast facilities, including 20 cameras on site, including steady cam, techno-crane, PTZ, intercom, EVS XT3 and XT Via for the entire duration of the Gamers8 tournament (Thursday 14 July – Saturday 20 August).

The Riyadh Masters Dota 2 tournament resulted in China-based PSG LGD taking the victory 2-0 versus Team Spirit and thereby claiming $1.5m of the $4m overall prize pool. Check out the AR graphics of the various Game characters during one of the Draft rounds picks, which was powered by the Unreal Engine as part of our global broadcast.

Coincidentally, last week saw four days of competitive Fortnite action with teams from all over the world competing to take the glory and another multi-million dollar winnings.

Outside the Gaming arena and studios, themselves, various entertainment zones make up the entire Riyadh Boulevard City, including weekly spectacular fireworks and drone lighting displays.

This coming week ahead sees more global teams fly in this time to compete in Ubisoft’s Rainbow Six: Siege. All the action can be found on Twitch for free via this link where the live action resumes this Thursday.