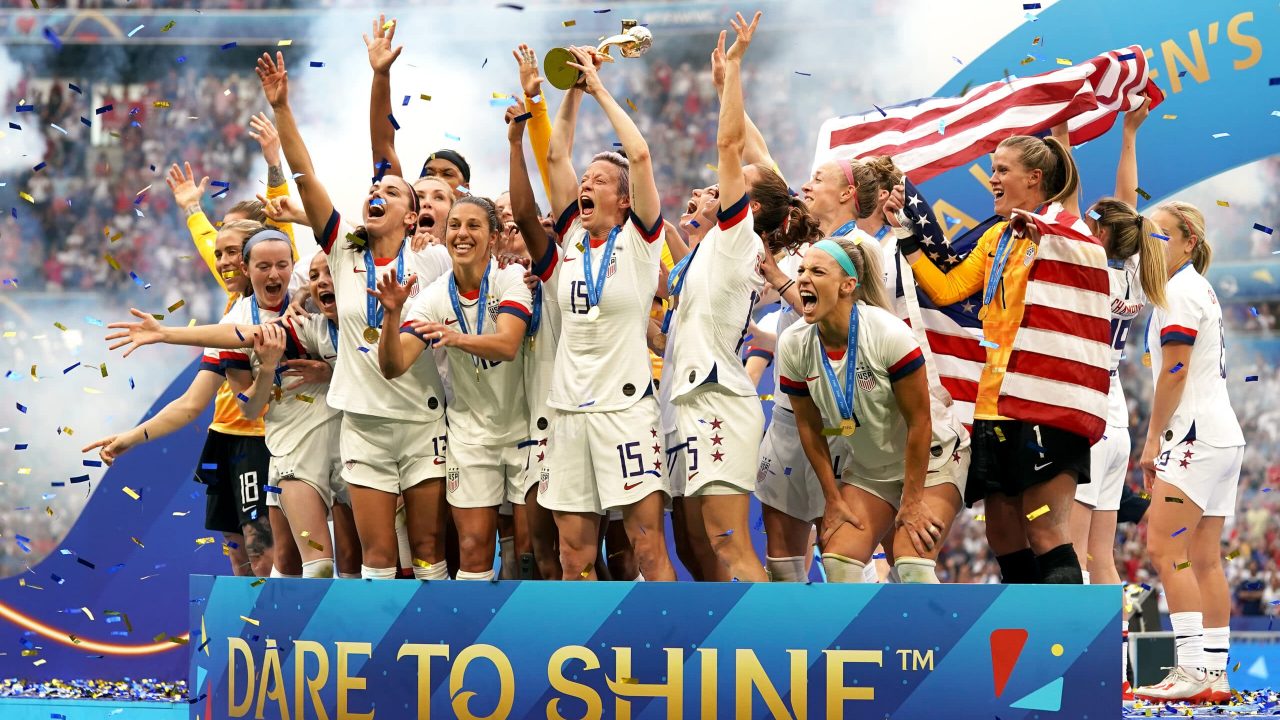 Gravity Media was awarded by BBC Sport, the production contract to cover the 2019 FIFA Women’s World Cup, held in France from 7 June to 7 July 2019. All 52 matches were broadcast live on the BBC’s network TV channels, BBC iPlayer and the BBC Sport website, and for the first time at a Women’s World Cup, the big games – such as the main knock-out matches and the final – were on BBC1 in peak time.

Our approach to this project broke new ground in sports broadcasting. Each game was presented live from pitch-side in France, but produced remotely out of The Production Centre in Manchester.

This hybrid remote production involved the match feed being taken in full from the host broadcaster, HBS, and the live presentation and match analysis being performed remotely from Manchester. With our two UK facilities fully integrated together, all the production equipment– the switcher, audio mixer and matrix – was in London, linked to a custom-built gallery in Manchester where live camera feeds of the BBC presentation from France and the match feeds,  were switched.

Out in France, there are three separate teams comprising BBC presenters, pundits and commentators, along with Gravity Media producers, camera operators, sound and engineers. These teams criss-crossed the country to present from the nine different stadiums in cities including Paris, Nice and Montpelier, chalking up thousands of miles to get from one venue to another ready for the next show. Behind the scenes, our Production Centre and engineering staff were integral to each broadcast, downlinking and on-passing feeds, and providing the technical infrastructure, support and expertise to make the production possible.

Gravity Media’s Director of Technology, Nick Symes, comments: “This is an interesting example of remote production, where we weren’t doing a full multi-cut of lots of cameras, the live element was less complicated because we had access to the host match feed. The difference was that we long-lined where people were doing it, but had to wrap a great deal of other workflows into the mix due to the geography involved.”

Meanwhile, all feeds from HBS coming back to Manchester enabled us to produce content-rich replays and packages, along with in-game Piero-powered analysis, and with reverse vision being fed back to the platform presentation positions.

While this hybrid remote production was the ideal solution for BBC Sport, it still wasn’t the full works, as match coverage was handled locally. With Gravity Media having recently upgraded The Production Centre in Manchester, we have the technology to go to a full multi-camera remote production, if required – it just depends on the venue having the right capabilities.

A record-breaking 28.1m people watched BBC’s coverage of the tournament on TV and online – almost half of the UK population. England’s semi-final loss to the USA attracted the highest live TV audience of 2019 at the time, with 11.7m viewers. It was a show that saw Gravity Media being nominated for a BAFTA in the Best Sports Programme category. Alex Scott, a pundit throughout the production, won an RTS Award, in the Best Sports Presenter, Commentator or Pundit category for her work at the tournament.

I Care A Lot