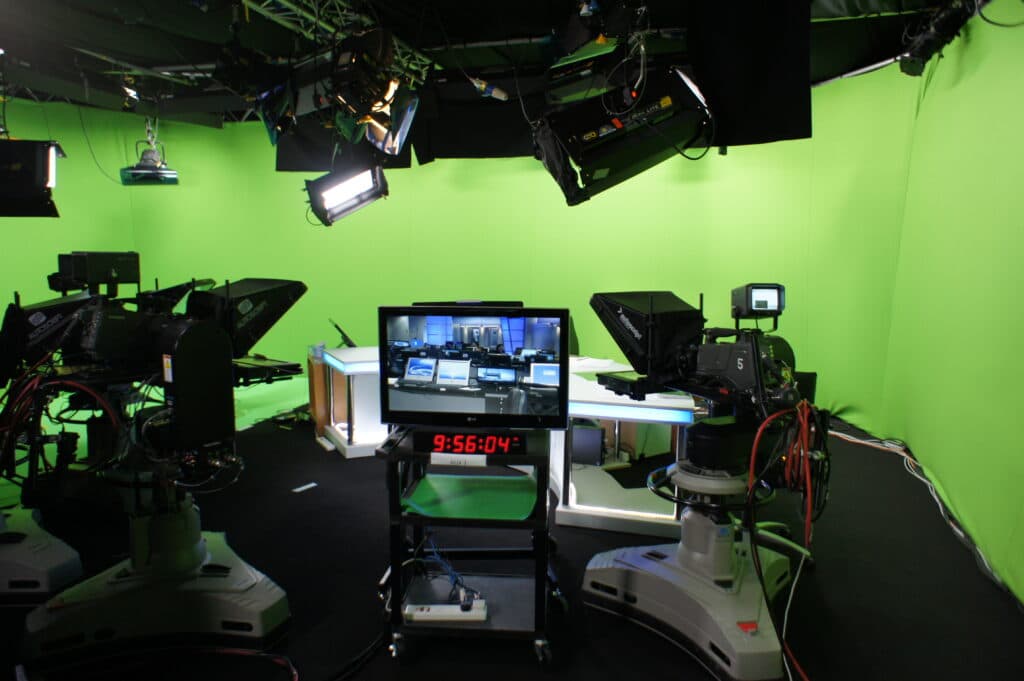 The studio was commissioned by the broadcaster to house its 24-hour rolling news channel while its existing studio is renovated. Due to the continual output of the channel, the switchover from the main studio to the new temporary one had to be seamless, and require only minimal external technical support to ensure continuity was maintained. Gravity Media (as Gearhouse Broadcast), which has worked with Al Jazeera previously on a number of projects, including its Studio 2 upgrade and its coverage of the 2008 Beijing Olympics, provided the design, equipment and crew for the new studio, as well as full on-site training for Al Jazeera’s production team.

Once the initial switchover had taken place, the next stage of the project was to upgrade the temporary studio to a fully HD operation, which has again been completed with no disruption to the output.

“Gearhouse Broadcast has delivered a very fast and effective solution which met our requirements and resulted in no off-air time, something that was vital to the success of this project” said [insert name, title] at Al Jazeera. “We’re very pleased with the completely seamless transition to the new studio and the smooth HD upgrade.”

“The facility that we’ve delivered offers Al Jazeera all of its existing features, meaning there will be no compromise on output and no loss to any of its production values” said Eamonn Dowdall, business development director at Gearhouse Broadcast. “This is an extremely flexible design and demonstrates the ingenuity of our Systems Integration team when dealing with challenging projects with tight timeframes such as this.”

About Gearhouse Broadcast
Gearhouse Broadcast is a market leader in the field of broadcast services. It specialises in broadcast project solutions, systems integration, equipment rental and equipment sales and operates globally with offices in the UK, USA, Australia, India and Doha. The company has vast experience and a proven track record in its involvement in major broadcast projects such as Wimbledon, the ATP Tennis Masters and I’m A Celebrity, Get Me Out of Here.

Gearhouse Broadcast Systems Integration division offers both permanent and temporary broadcast installations. Its expertise lies in the provision of solutions for studios, outside broadcast facilities, transmission and automation, master control rooms, stadium installations and broadcast cabling. It can offer mixed systems integration solutions, as either outright sales or a mixture of sales and rental facilities.