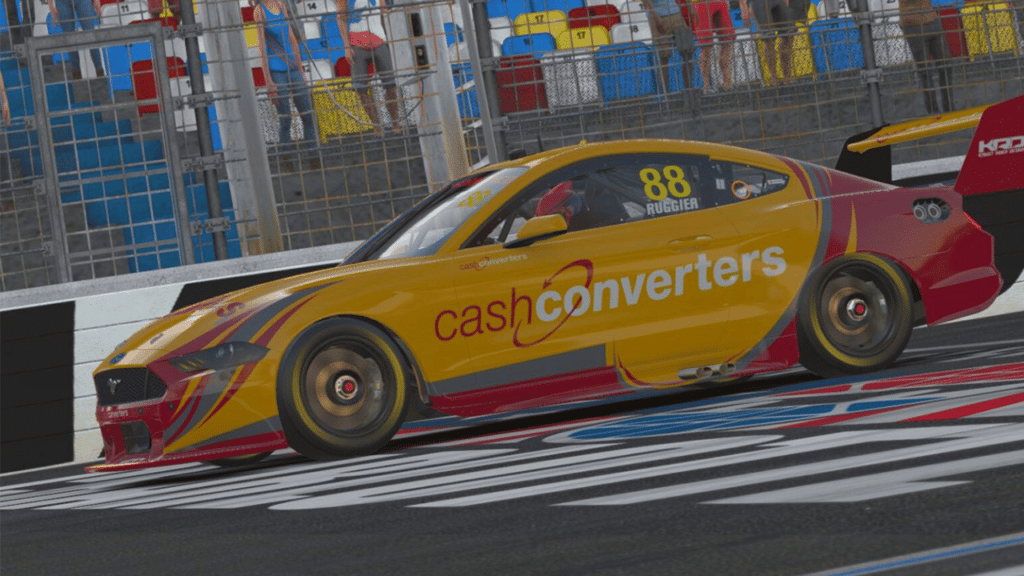 Monday 25 July 2022 – Supercars has turned to Gravity Media for the third year running to produce and facilitate the Cash Converters Supercars Eseries, an esports competition that started back in 2020 during Covid lockdown.

Gravity Media’s Australian operation set up across its Production Centre in Sydney and Melbourne worked closely to fulfil Supercars’ requirements. Gravity’s Production Centre in Sydney houses a full control room for the Supercars production, which incorporates streaming the action live across multiple platforms. Elsewhere, Gravity Media integrated as many as 30 drivers from all over the world via a remote video platform. With a direct fibre link to the Production Centre in Melbourne, a camera in the green screen studio hosts the four talents, both on-air audio and a separate communications link. To create a more compelling experience, Gravity Media included: camera overlays, driver webcams, in-car camera graphics, driver audio feeds and lead Supercars Media commentators, to create an esports experience that is representative of what viewers would experience in the real world.

“Since 2020 Gravity Media has been supporting Supercars to produce the Eseries for both OTT and Fox Sports. Leaning on our Melbourne and Sydney technical facilities, we were able to successfully deliver a turnkey operation for the weekly broadcast. Melbourne was used as the studio base for the hosts, in our green screen studio. The multiple camera feeds were sent to our Production Centre in Sydney via interconnected fibres. These fibres also carried the required communication and return video feeds. Sydney housed the main control room, including the iRacing team with their servers housed onsite to bring all the racers into the live broadcast. Zoom and Discord were used to integrate live audio/vision of the drivers to make the whole event feel more like the real thing.”

Two new Australian circuits and endurance races at some of Australia’s most historic tracks headline the return of Supercars’ Cash Converters Eseries in 2022, featuring two endurance events and one Fans’ Choice in the series that combines Supercars’ main game drivers and pro gamers. Those events are virtual races at the famous Mount Panorama circuit in Bathurst and for the first time, the historic Sandown circuit in Melbourne. Also joining the competition in 2022 is Victoria’s Winton circuit, which has recently been added to the iRacing online platform.

The hybrid framework model consists of two championships within the series: The Pro Series – with elite gamers representing Supercars teams and major brands, competing for a share of $26,000 in prize money. The All Stars Series also returns and consists of main game Supercars and Dunlop Super2 drivers. For the first time, Supercars teams compete each week for a $1,000 cash donation for the charity of their choice.

“We are thrilled to be working with Gravity Media on this event. Gravity Media’s exceptional experience and expertise in delivering high-quality broadcast infrastructures ensure that we can produce a top-quality experience for our fans. Gravity Media’s ability to adapt and innovate with the evolution of our Eseries over the past three years has been a key factor to the success of this partnership,” said David Tunnicliffe, Head of Broadcast at Supercars Australia.