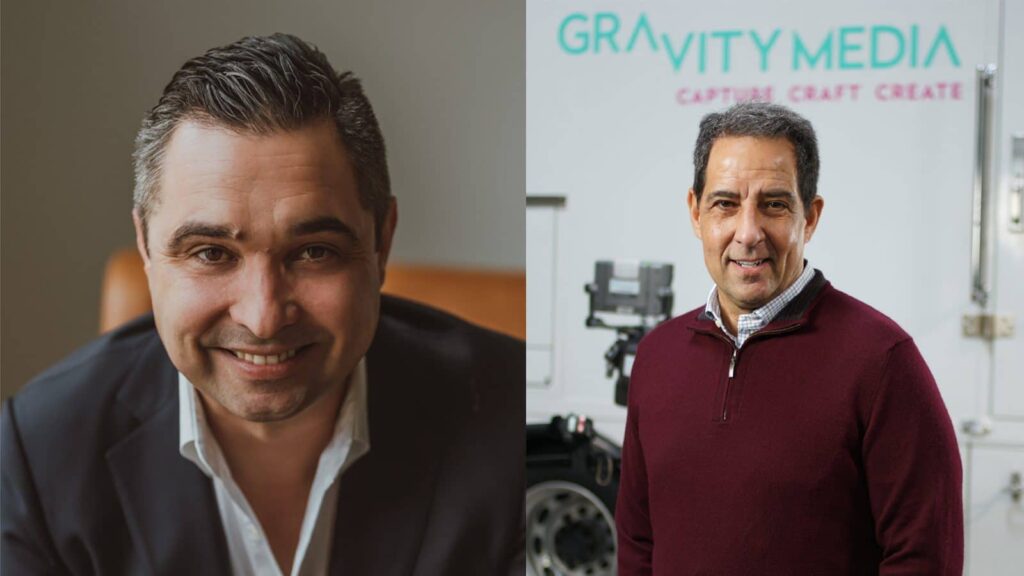 Thursday 21 April 2022 – Gravity Media, the world-leading global provider of complex live broadcast facilities and production services, has continued its expansion and hiring of world leading talent by welcoming Sean Seamer as President for the US business. Sean will be supported by the current Managing Director Ted Griggs, who will still work closely across the US offices in his new role as Executive Vice President.

Sean brings a wealth of global experience in sports and media. His previous role was CEO of Supercars, which runs the Australian touring-car championship, the Supercars Championship. Supercars is also where he first worked with Gravity Media, as the company has been the Supercars broadcast services & facilities partner for the past eight years and more recently, the Supercars’ technology partner since 2020.

Sean Seamer says on his new role of President of Gravity Media: “Having worked with the people at Gravity Media so closely over the past four years, and the last two in particular, I’ve come to know why so many rights holders and distributors like Fox Sports, ESPN and Ubisoft rely on the company to capture and create compelling live content. The opportunity to join such a strong and innovative team was one I couldn’t turn down. I’m looking forward to helping Gravity Media USA accelerate growth further.”

Ted Griggs, who’s been Gravity Media’s Managing Director of its US business since October of 2021, will now be moving into a new Executive Vice President role for the company where he’ll continue to  be active in Gravity Media’s North American operation, working with Sean to align and build the company’s regional strategy and US growth agenda.

Ted Griggs commented on Sean’s appointment and remaining as Executive Vice President for Gravity Media: “I’ve been privileged to work alongside many bright and talented individuals at Gravity Media, I’m looking forward to continuing my goal of providing best-in-class client experiences in my new role. Sean is a natural leader and will be a great partner to work with as we build and grow the company’s wider US presence in the months to come.”

John Newton, Founder & CEO at Gravity Media added: “Sean brings a wealth of experience and knowledge of the media, sports and broadcast industries. His expertise will help to guide our ongoing innovations and keep us at the forefront of broadcast production technology. We’re excited to have him join the team and work with Ted in his new role as Executive Vice President. With people and facilities worldwide, we take pride in truly understanding our clients’ needs, offering cost-effective solutions that harness the best of the latest technologies. We’ve already seen significant growth across all markets, and with both Sean and Ted’s background and drive for success, I’m confident that our US offices will continue to flourish.”

With facilities in the US, UK, Australia, France, Germany, and Qatar, Gravity Media serves creators in every major broadcast market – from sport and media to news and entertainment across the globe. Gravity Media supplies production, programming, and content services for every broadcast need, from broadcast equipment, OB trucks and mobile units to live event coverage and delivery and distribution services. Working across content owners, creators, and distributors, the company’s projects are varied but all include pristine execution underpinned by client service excellence.