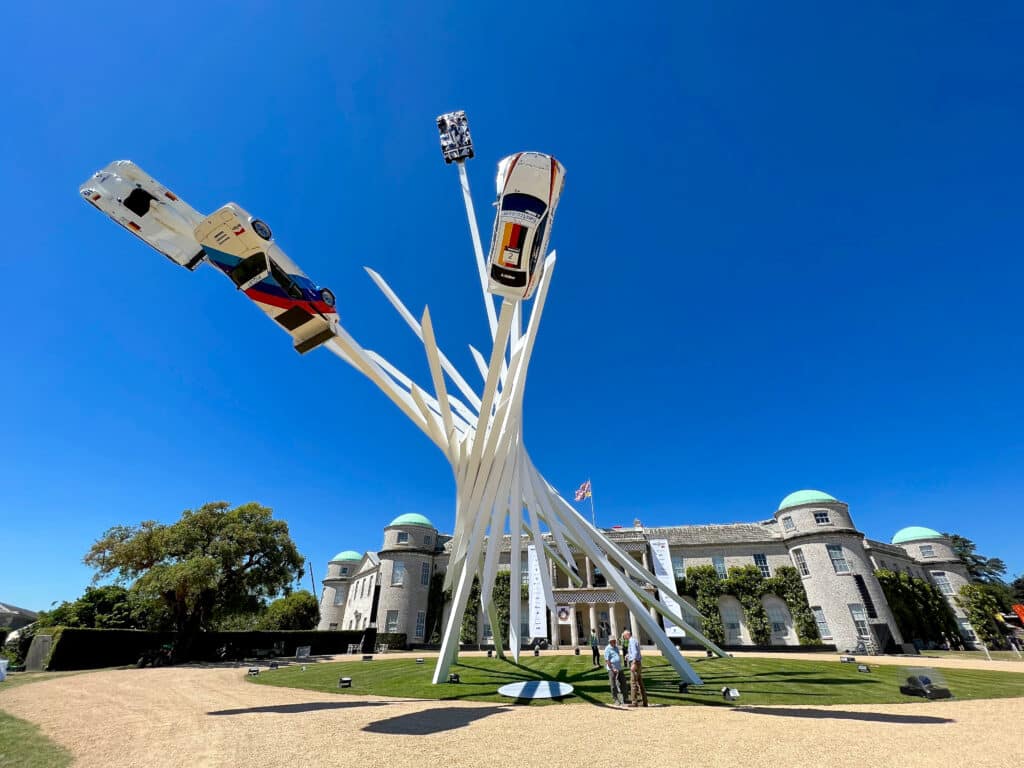 Friday 08 July 2022 – Gravity Media, the world leading provider of complex live broadcast facilities and production services, was proud to return to the Goodwood Estate to produce this year’s Festival of Speed.

Following the recent high-profile announcement of Gravity Media’s five-year deal to provide end-to-end production broadcast for the Goodwood Season of motorsport events and the Goodwoof entertainment event – this year’s Goodwood Festival of Speed was the third in the series of the live broadcasts in the Sussex countryside.

Hosted by The Duke of Richmond in front of the estate, Festival of Speed is unique because the traditional motorsport track element is replaced by a hill climb along the estate’s iconic road, as well as a rally stage and drift element to top off the action. The theme for this year’s event was innovation, which was very much on display with a record-breaking electric car stunning the fans on the hill climb.

Gravity Media was responsible for supplying more than 40 hours of live content across the four days, including live coverage for ITV as a self-contained enhanced feed on both Saturday and Sunday, for the first time. The two hour Sunday show was also televised on Sky Sports F1 channel. World feeds for international partners, dedicated digital production, exclusive partner content and fully-crafted highlights show for ITV and international fans were also created.

In order to facilitate the action, Gravity provided end-to-end production for the event, combining editorial expertise from some of the most highly-regarded producers in the UK, with long-established technical pedigree and innovation, such as Gravity Media’s patented speciality live camera systems. The team utilised eight on board cameras which were rigged across multiple cars, bringing the audience closer to the action than ever before.

The turnkey operation also included full design and rebrand on the onscreen graphics, support for Goodwood’s digital content strategy and project management across all events and partner activities.

‘We were delighted to partner with Goodwood to broadcast the Festival of Speed live on ITV 1 and  globally. This was another end-to-end broadcast, using both Gravity Media’s technical and production expertise to bring this event together. It was another level of operation from our two previous events; 180 crew across multiple galleries and two TV compounds, almost 30 cameras, including our brilliant on boards which perfectly captured the record-breaking British electric car flying around the hill to over 50,000 spectators. I’m really proud of what we’ve achieved with the support of Goodwood’.

I was thrilled to be a part of our Goodwood Festival of Speed team. A very exciting event with a fantastic atmosphere. The project also provided the perfect opportunity to showcase some of our Gravity Media Speciality Camera tech. We had four fully robotic cameras deployed (remotely controlled by operators in the production gallery) in locations that provided very exciting shots which would otherwise have been deemed too dangerous to have been captured by a manned camera position. We also had a number of our mini cameras discretely embedded on the track-facing side of the hay bales. Known as “flip / flop” cameras, these afforded fantastic shots of the cars at high speeds. Again, these were locations where conventional cameras would simply not be allowed (on safety grounds). The mini cameras in question were an in-house development originally for tennis net applications providing high quality, full HD images”.

‘’It was important to us to find someone who understands what Goodwood is all about, and what it is that we’re trying to achieve and trying to portray through the TV screen and digitally. Certainly so far for Festival of Speed, at our new dog event Goodwoof, and at the Members Meeting – it’s just been great to work with a company who are aligned with what we’re trying to do, and who have the creative spark, the enthusiasm and the energy that you need to really put the excitement of the event like this across, so half way through our events calendar we couldn’t be more pleased.’

I think innovation was a key thing for us when we were running the process. Seeing the way that Gravity Media have invested in the physical infrastructure was very impressive. The wirecam is here at Festival of Speed for the first time, the on board cameras – just the number of them and the way we’re using them is different. So again, using innovation and using different ways to show what we do, was important to us and that’s what we’ve done.’’