Skip to content
/Journal/Gravity Media's helps deliver Goodwoof, a celebration of all things canine, to our screens on ITV 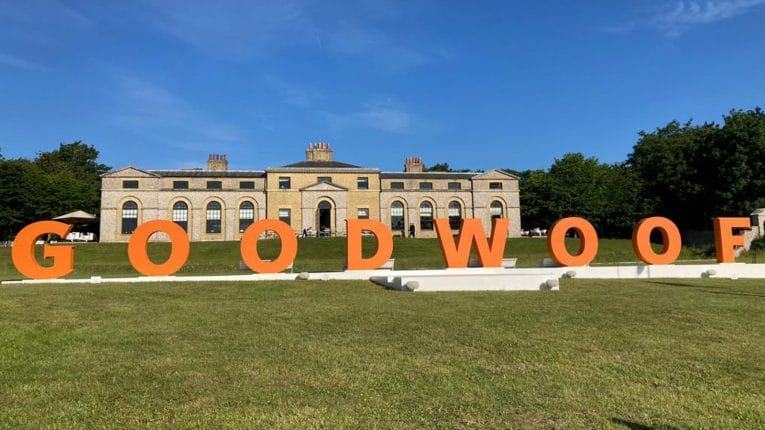 Gravity Media’s helps deliver Goodwoof, a celebration of all things canine, to our screens on ITV

Following the recent high-profile announcement of Gravity Media’s five-year deal to provide end-to-end production broadcast for the Goodwood Season of motorsport events, Goodwoof marked a change of both pace and subject matter. The brand-new showpiece, broadcast live on ITV 1, was dedicated to the positive impact dogs have on British society. It now sits proudly alongside the three motorsport events Gravity Media have been appointed to produce – the Members’ Meeting presented by Audrain Motorsport (which took place on April 9th – 10th), the Festival of Speed presented by Mastercard (June 23rd – 26th) and the Goodwood Revival (September 16th – 18th).

Hosted by The Duke of Richmond in front of the estate’s famous kennels, Goodwoof is a spectacular new weekend festival dedicated to our canine companions – featuring a fantastic line-up of activities to entertain dogs and their humans: from world-class competitions with top canine athletes and wellness workshops, to behavioural and veterinary experts taking on topics from anxiety management to the secrets of your dog’s body language, there was something for all dog lovers. Celebrations of pop culture canine icons and heroes from history were paired alongside trails, treats and plenty of play to create an all-inclusive experience.

Hosted by Julia Bradbury, with the duo of Radzi Chinyanganya and vet Dr Paul Manktelow out and about sampling all the festival had to offer, Goodwoof live gave viewers a true taste of this unique event. Whether it was joining comedian Bill Bailey and Grand Design’s Kevin McCloud as they judged the inaugural Barkitecture competition, enjoying Downton Abbey’s Hugh Bonneville giving a reading at Canine Literary Corner, exploring the wellbeing workshops for dog yoga, massages and Reiki or learning more about the action sports such as Flyball, Disc Dog and Barkour – the entertainment, and puns, were nonstop.

The Goodwood partnership will see Gravity Media responsible for supplying more than 90 hours of live content across the four events, including seven days of live coverage for ITV. There will also be world feeds for international partners, dedicated digital production, exclusive partner content and fully-crafted highlights shows for domestic and international fans.

Gravity is also providing end-to-end production for the events, combining editorial expertise from some of the most highly-regarded producers in the UK, with long-established technical pedigree and innovation, such as Gravity Media’s patented live camera systems. The turnkey operation also includes full design and rebrand on the onscreen graphics, support for Goodwood’s digital content strategy and project management across all events and partner activities.

‘We were delighted to partner with Goodwood to broadcast their inaugural canine event, Goodwoof, live on ITV 1. It was a great chance to showcase our creative skills outside of sport, demonstrating our wide scope of production capabilities. This was another end-to-end broadcast, using both Gravity Media’s technical and production expertise to bring this broadcast together. We utilised a hoist, drone and even mini cameras on canines, to capture the action from every possible angle; from paw level to portraying the beauty of the Goodwood estate high above the tree line. This was one more exciting step on the new journey we are on with Goodwood’

“We started working with Gravity Media at the beginning of the year principally on our three Motorsport events but, with Goodwoof, it’s a whole new event concept. The way it was positioned to the public in attendance was really important but, equally, the way that it’s positioned to the wider general public who aren’t here, and may want to come in future years or watch on TV, is even more important. So, working with Gravity creatively to capture the essence of the event was key, and the production crew that they brought on board has been, from directors, cameramen and individual producers, a lot of fun. Ultimately that’s what Goodwoof should be about – fun, it’s about celebrating the imitable bond between humans and canines and getting that across on screen.”

“Our partnership with Goodwood continues to highlight the flexibility and depth of Gravity Media’s services and Goodwoof was a spectacle so many in the business wanted to be involved in. It’s a programme many wouldn’t naturally associate with Gravity Media so to see it progress from initial discussions to a fun and engaging two hour broadcast live on ITV, in the space of just three months, is a great credit to all involved.”