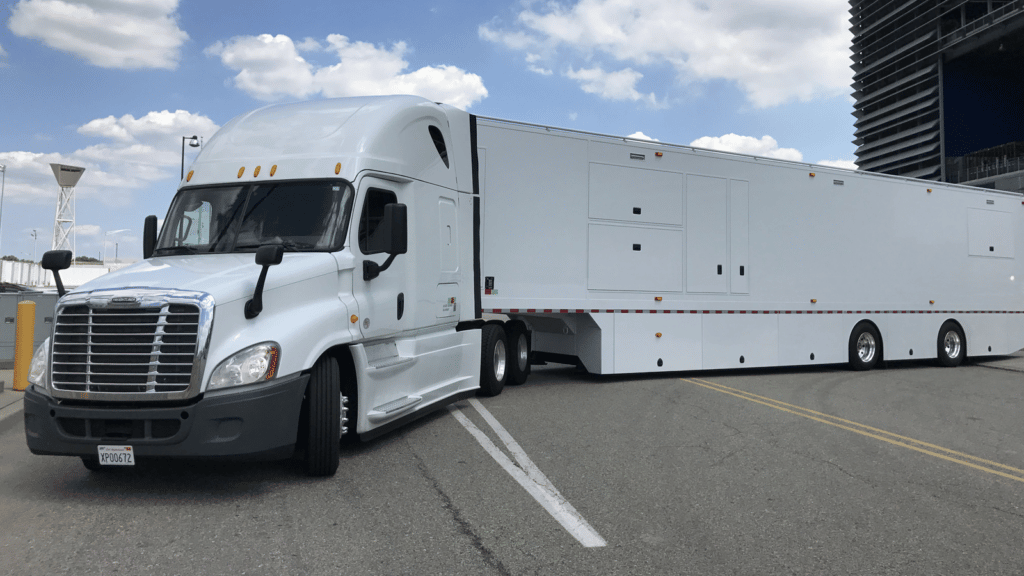 Tennis is back and the ATP 1000 Western & Southern Open tournament is underway!

From Thursday 20 to Friday 28 August, the world’s number 1 Novak Djokovic and defending champion Daniil Medvedev headline the courts at the Western & Southern Open as the 2020 ATP Tour season gets back underway following a 175-day suspension due to COVID-19.

Normally held in Cincinnati, this year’s tournament is being played at the USTA Billie Jean King National Tennis Center in New York in the week leading into the US Open.

The UK and USA Gravity Media teams have joined forces moving years of tennis knowledge from fly pack territory into three outside broadcast trucks including Gravity Media’s mobile unit Columbus. Our installation for the US Open across outer courts production and the TOC is handling all the distribution requirements for broadcasters and ATP’s World Feed production back in London – another post Covid first.

Columbus is the flagship of our fleet and is available for high-end 4K and UHD sports and entertainment productions.

Here’s all you need to know about the Western & Southern Open: what is the schedule, where to watch, who has won, when is the draw and more.