/Journal/The sound of silence - Audio in sport in a pandemic 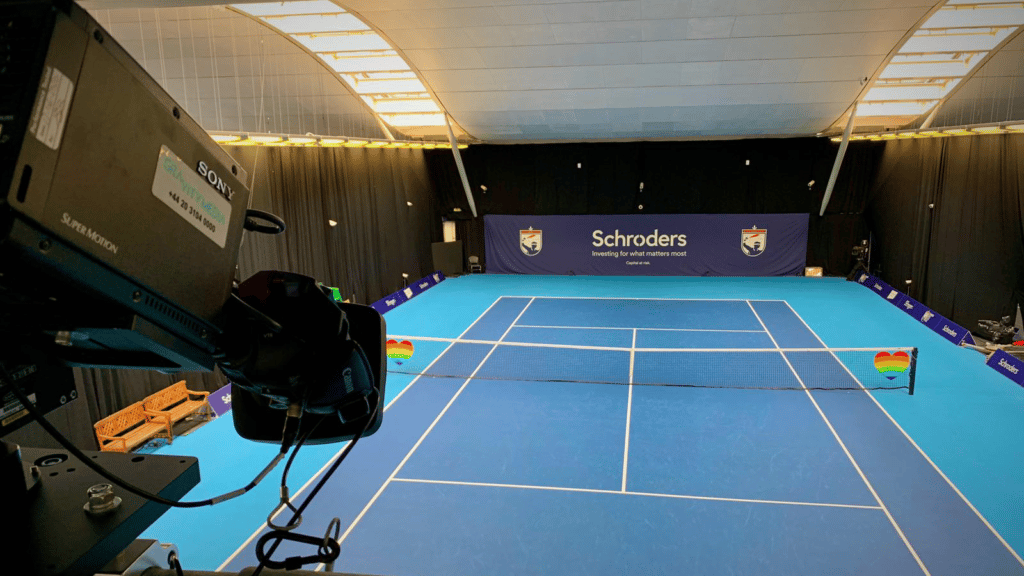 The sound of silence – Audio in sport in a pandemic

At Gravity Media, we have dozens of audio engineers for whom silence really matters. It’s the suspense between the action, the pause for emphasis, the calm before the storm. But as football fans ‒ and sports fans in general ‒ we find it odd not to have any sound at all. It’s like toast without butter, a pen without paper. It simply doesn’t work.

We’re now several months into the resumption of top-flight football, with matches being played behind closed doors, bereft of fans ‒ and bereft of the atmosphere they create. The solution to this wall of silence is the latest TV sound effect: synthetic crowd noise. Team-specific chants, songs and noise samples have been captured from archive footage and applied the live action through engineer-controlled soundboards. It’s a sound substitution experiment in football that has quickly spread to other sports too. But is it a substitute for the real thing? Like CGI used for action shots in the movies?

Well, no. It’s actually more a substitute for a substitute. Let’s press pause for a second and consider what we’re really missing. Back in the happier days before COVID-19, we got used to hearing a broadcast sound of an actual crowd reacting to the real-life drama of what was happening on the pitch. Together with the sounds of play – kicks, grunts and shouts between players ‒ we’d also hear the fans. We’d hear the boos, the cheers, the oohs and aahs of near misses, chants, laughs, whistles, the stadium announcements, and of course the commentary and punditry ‒ whether we liked it or not.

We’d got used to this orchestra. It made us feel closer to the experience of being at the match, but it wasn’t the same as being at the match. How could it be? Aside from the other sensory distractions of the cold, the wet, and the irresistible aroma of a sweaty pie, time in a football ground is typically spent with your side, your tribe. Oohs and aahs in the company of others urging one team on have special meaning – they aren’t just any oohs and aahs. So, watching football from the comfort of home was already one form of substitute sound, and now we just have another. To be clear, we much prefer having synthetic sound than none at all, but it has left us wondering whether the industry can do better. The pandemic prompt has given us the impetus to experiment, and now’s the time to take that innovation further. But how?

At Gravity Media, we’re fortunate to work on the audio for many types of live broadcast, including reality TV and all manner of sports, and we’ve perfected a variety of different approaches over the years. In reality TV, we like the asides; the whispers in the corners of the room or shady parts of the jungle (or castle). It’s much the same in sport. The pop of the well-struck serve, the match officials debating a high tackle, the roar of a V8 on the home straight, the tactical exchanges between driver and pit crew.

Every sport has its own soundscape, and some have gone further with audio than others and been more experimental. Some emphasise the quiet build-up to a momentous shot (golf, snooker), others capitalise on the familiar background noises to create atmosphere (football, rugby). What marks many of these sports out is that they aim to involve viewers more as participants in the game than merely spectators. There are several ways to do this, but close-miking is perhaps the most obvious; hearing the sound of a player as they ply their trade brings us even closer to the action. So, alongside creative camera positions and tracking options, with ongoing sound innovation we’ll also continue to improve the immersive audio experience for viewers too.

After all, it’s the audience experience that counts. Viewer engagement creates ratings, which create revenue ‒ which in turn funds developments in broadcasting. The more that sports federations and oversight bodies encourage broadcasters and producers to experiment and innovate, the more likely it is that we’ll land on a formula for audio coverage that has the most appeal. Perhaps some more interaction with players in the pauses between action, or more focus on the reactions and views of coaches as the game unfolds would help viewers to get closer. The recent Battle of the Brits tennis trialled in-game interviews with players and coaches, for example. The key here is to try new things, to see what works, and to continue to get feedback from the viewers to fine-tune the experience.

It’s about being creative; imagining the possible. Will we see the day when we, as viewers, can pick and choose our sound array? Commentary on or off; switch to the player’s heartbeat on match point; hear what the springboard diver says to herself just before launch. The only upside from the pandemic-enforced limitations to live-audience sound is that we have to come up with new ways of covering audio – not least with the Olympic Games fast approaching and the multitude of sports on offer there. Football and tennis are just the start. How do we do justice to everything from archery to volleyball? Can we have onboard microphones for the cycling? Can we follow a triathlete from swim to bike to run? And as for the worlds of bowls and darts… well, we’re all ears.

The world of audio in sport is changing, and it’s happening now. The solutions we pioneer to cope with the pandemic will – or at least should – endure long after the virus has gone. We’d love to hear what fellow sports fans think about this topic; the sky’s the limit, and you could well play a part in enriching the overall sports TV experience for everyone.