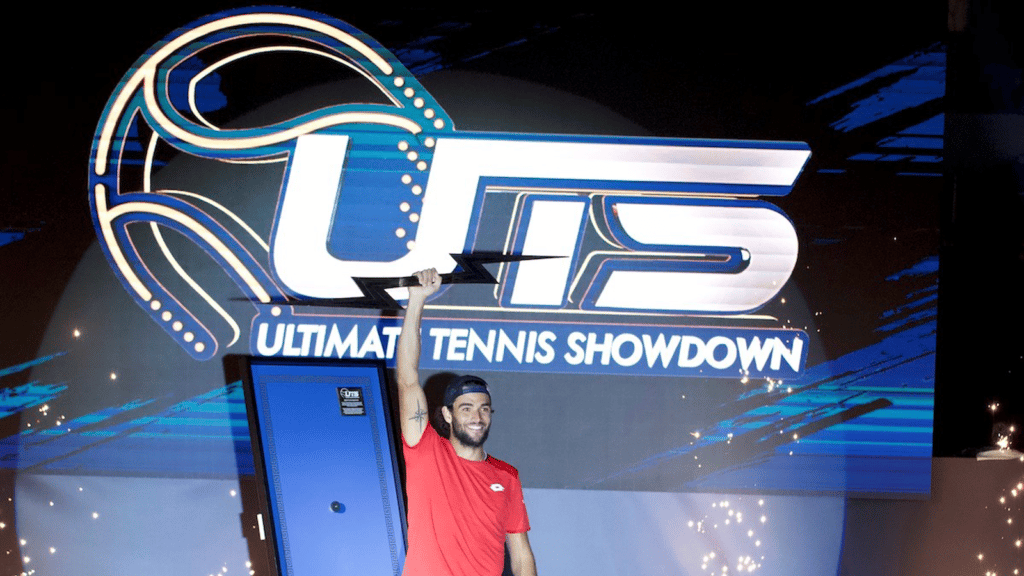 The showdowns were livestreamed on the UTS Live platform for five consecutive weekends, accounting for a total of 50 showdowns. Selected matches were also broadcasted around the world for millions of fans to enjoy.

Adapted for younger generations, UTS created a virtual show inspired by esports. Through its new engaging and interactive format, fans inevitably felt closer and better connected to the tennis stars. Viewers were able to hear conversations between the players and their coaches, as on-court and video coaching was allowed.

Along with our partners Events In & Out and Girraphic (providing the on-screen graphics), Gravity Media provided a turn-key solution that included years of production and technical experience of tennis broadcasting. The Gravity Media team consisted of around 25 people, including all the editorial crew (cameramen, EVS, director, floor manager) and all of the technical crew.

Gravity Media provided a full range of equipment, including 19 cameras with a mixture of broadcast cameras and PTZ, to capture the event. The sound design was at its maximum, with the addition of external sound in the mix (such as audience applause) to create a specific atmosphere. And all of this took place successfully whilst following strict social distancing guidelines.