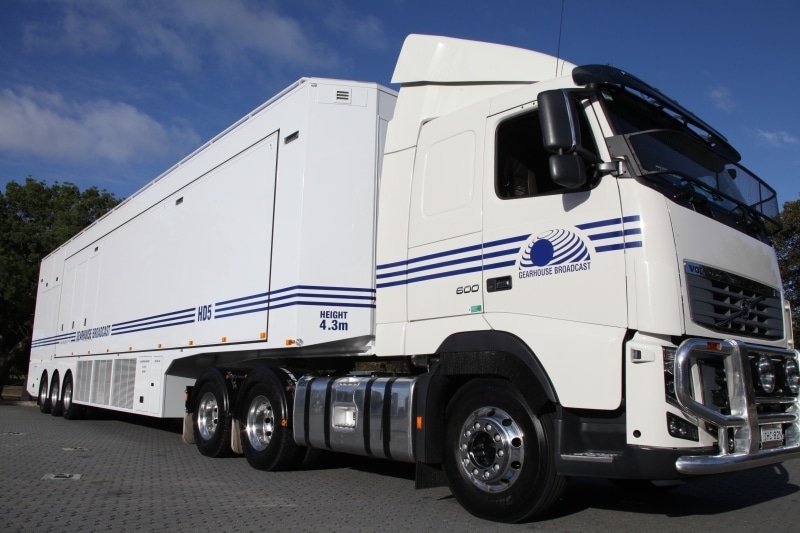 This extensive fleet is a common sight across all states and territories, appearing at various major sporting events, music concerts, studio productions and more. Each unit sets new standards for efficiency, working comfort and processing power, and we have the expert team to match. Whatever your requirements, we have specialists on hand to help at any stage of a production, from equipment and fleet movement to production supervision and engineering.

One of our biggest deployments in recent times was at the legendary Bathurst 1000 supercar race in October, where we collaborated with Foxtel to launch its eagerly anticipated live 4K service. It was a first for Australian sports broadcasting, and saw 28 native 4K cameras capture all the action over seven continuous hours of racing.

The setup required five OB trucks, with additional kit brought in from our US, UK and European operations to make sure we could deliver the highest-quality 4K content. That meant 26 Sony HDC-4300s and a Sony HDC-P43 stationed at various locations around the track, as well as an HDC-4800 slow-motion camera to film in even greater detail. Each camera was equipped with Fujinon and Canon UHD lenses to provide the best possible image quality.

Meanwhile, we had an additional 56 HD sources around the venue, including specialty track cameras, pit cameras, Heli and traditional EVS output channels upscaled through the 4K VMU. The crew also used a CAMCAT high-speed cable camera system on the main straight, as well as 12 speciality cameras mounted at key points in the circuit’s curbs and walls.

With the track being over 6kms long, we had to rig more than 30kms of fibre around the site to bring all the video, audio, data and comms back to the OB compound. That’s a lot of cable.

The net result was the successful live broadcast of the 161-lap race on Foxtel 4K, with Supercars’ Nathan Prendergast describing us as “the natural choice” for delivering such a large-scale 4k event for the first time. Amen to that.