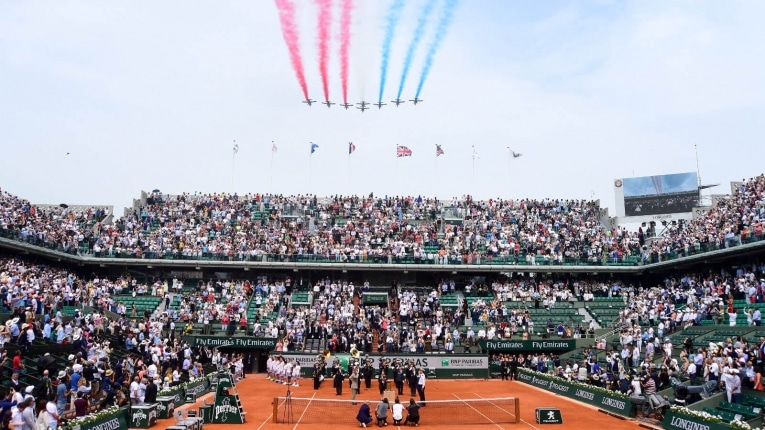 Fresh Ideas At The French

It may be the 11th successive year that we’ve helped the Fédération Française de Tennis (FFT) stage the French Open, but at Input Media we’re not ones to rest on our laurels.

We’re always looking for ways to switch things up and deliver the best service to our customers, and for the first time this year, we elected to run all of the match logging out of our Production Centre in West London, rather than on-site in Paris. It’s an innovation that not only freed up valuable space inside Roland-Garros, but also reduced costs for the FFT.

Remote production has a number of benefits. First, it gives far greater control over human resources. Loggers can be recruited locally, so there’s a massive saving on travel costs, sustenance and accommodation – for up to 17 people for a full two weeks. And they’re far more flexible if there are last-minute changes to the production schedule – there’s much less chance of being left short-handed if your workforce lives round the corner. Second, you don’t have to ship tonnes of equipment out to the location, which of course costs a fortune and which is hard to fit into the available space – as anyone who has worked at Roland-Garros can attest, you have to keep your elbows in.

The matches were logged on EVS IPDirector, and there was a lot of logging to do. All matches in the singles draws are logged in full, along with the quarter and semi-finals for the rest. That means pretty much every single point of every single game in every single match has a log entry. And with play starting at 10:00am UK time and finishing well into the evening, that’s almost 12 hours of continuous logging every day. With the team describing the action that happens in each point too – ‘great shot’, ‘great rally’, ‘serve and volley’ – as well as the players’ emotions and any other interesting occurrences, it’s a wonder they found time to eat their lunch.

Our loggers processed huge volumes of data over the course of the tournament. They’re working on a live video stream, with the images they’re viewing received just seconds after each ball has been struck, simultaneously being written to our new nearline storage system in our Production Centre. As soon as each log entry is made , it’s available to everyone on the system within a second; with the right permissions, any producer, rightsholder or onsite client will see the log update live as it happens.

Remote production is definitely the emerging model, but it isn’t without risk. There have been great advances in the availability and reliability of fibre connections and dedicated data links, but what if they fail?

It all comes down to planning. Our system this year had dual-connectivity between London and Paris, with a dedicated point-to-point 500 Mbps data link provided by the EBU (European Broadcasting Union) and a separate 500 Mbps internet circuit, facilitated by Zayo. Both links were configured with redundancy and a failover system in place to shift data between the lines if there was a problem.

It worked. Over the entire two weeks we had little over five minutes of downtime, to the extent that it was completely imperceptible in the OB facility in Paris. We’re confident that, if we hadn’t told the FFT, they wouldn’t have known our loggers weren’t there in the ground with them.